United Nations Declaration on the Rights of Indigenous Peoples

The United Nations Declaration on the Rights of Indigenous Peoples (UNDRIP) was adopted by the General Assembly on Thursday, 13 September 2007, by a majority of 144 states in favour, 4 votes against (Australia, Canada, New Zealand and the United States) and 11 abstentions (Azerbaijan, Bangladesh, Bhutan, Burundi, Colombia, Georgia, Kenya, Nigeria, Russian Federation, Samoa and Ukraine).

Years later the four countries that voted against have reversed their position and now support the UN Declaration. Today the Declaration is the most comprehensive international instrument on the rights of indigenous peoples. It establishes a universal framework of minimum standards for the survival, dignity and well-being of the indigenous peoples of the world and it elaborates on existing human rights standards and fundamental freedoms as they apply to the specific situation of indigenous peoples. 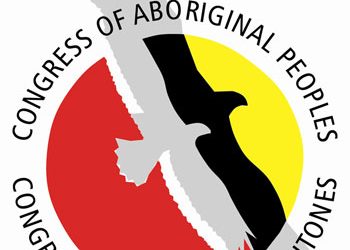 The Congress of Aboriginal Peoples (CAP) condemns the exclusion of its voices from a high level meeting on the United Nations Declaration on the Rights of Indigenous Peoples (UNDRIP). Today’s Federal-Provincial Territorial (FPT) meeting with select National Indigenous...